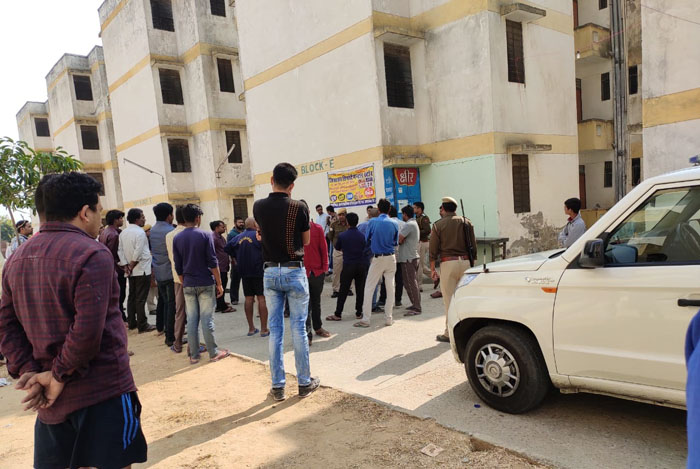 The apartment building where the police carried out raid.

Jaipur: The police carried out a search operation in Shiv Shakti apartment of Shankara Residency township in Bagaru area and arrested seven criminals who were allegedly planning to rob an ATM. A gun and some cartridges were also recovered from their possession. Police officials said that two criminals managed to give the cops a slip. All the men who were arrested are known criminals.

“We have recovered some tools used in uprooting ATMs. A car which the criminals were using was also seized. The criminals belong to Jaipur rural, Kotputai, Jhunjhunu and Sikar districts. They had fake ID cars,” said a police officer.

The police officials said that the men were being interrogated.

“We are trying to find out if they were planning to commit any other crimes in the city. A search has been launched for two criminals who managed to escape. Further investigation is going on,” said the officer.

It was the second police raid in the same area in the past two months. Earlier the police had carried out a search and arrested the criminals of an interstate gang. Two people who were being tortured and kept hostage in the flats were rescued.