A group of about 15-20 people allegedly beat to death 45-year-old Chiranjilal Saini – a vegetable vendor, accusing him of stealing a tractor. 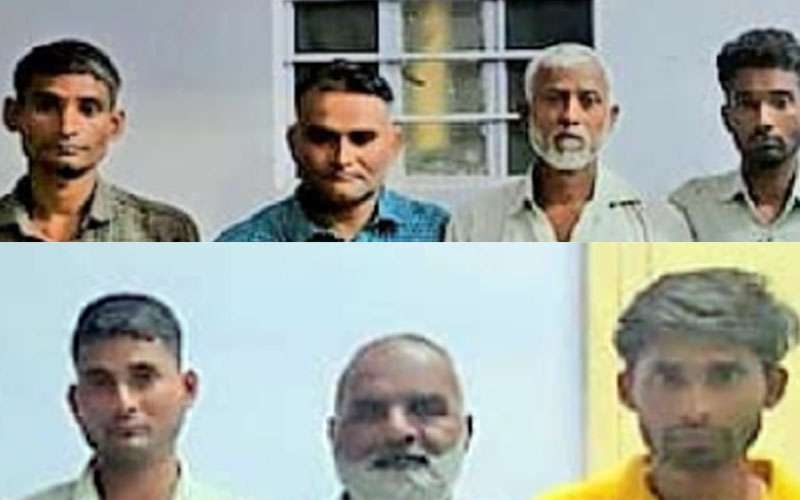 Seven people who were arrested in mob lynching case.

JAIPUR: The Alwar police have arrested nine people including the main accused in connection with the alleged mob lynching incident. A group of about 15-20 people allegedly beat to death the victim, 45-year-old Chiranjilal Saini – a vegetable vendor, accusing him of stealing a tractor.

Those who were arrested include Vikram, Asad, Sabu, Sahun, Pola and Kasam. The police officials said that the search is on for other accused persons.

The local police said that the incident took place before an FIR was registered in connection with the vehicle theft case.

The police control room got the information about the theft of a tractor incident around 1.30 am on August 14. Barricades were put up to nab the thieves, but no policeman was accompanying the owners of the tractor and other villagers when they started a search for the vehicle. The owners and their accomplices launched the search on their own.

The victim was attending nature’s call in a field when some people – suspecting him of stealing a tractor – beat him up mercilessly. The incident happened around 4.30 am on August 14. The victim was undergoing treatment and succumbed to injuries on Monday.

The incident angered the local villagers and family members who blocked the Ramgarh-Govindgarh road. The villagers demanded a compensation of Rs 50 lakh and a government job for the next of kin.

The police immediately arrested nine people and detained some others. Interrogation with them is going on.