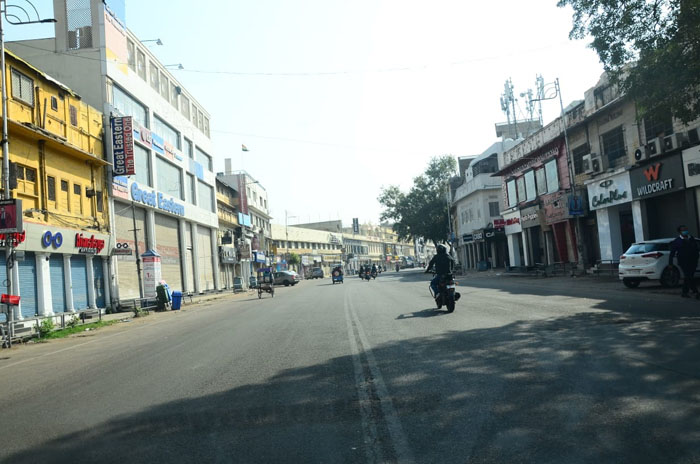 MI Road and all other markets remained closed on Saturday.

The administration has clamped curfew in Bhilwara. The police used force on people who ventured out of their homes in the town. No one was allowed on the streets. The markets bore a deserted look.

“Nearly 400 beds have been provisioned in isolation centres at 13 different places in the town,” said an officer. There is panic in the town after it came up that nearly 6000 people visited the hospital where six people including 3 doctors tested positive for Coronavirus.

An elderly man who recently returned from Dubai tested positive in Sikar. He and his family members have been quarantined.

Meanwhile, former chief minister Vasundhara Raje and her son Dushyant Singh tested negative for the virus. They were in self-quarantine after it came up that they had attended a party with Bollywood singer Kanika Kapoor. Kanika tested positive for the virus.

The report on the tests came out on Sunday. Both Raje and Dushyant Singh tested negative. FIRs have been registered against Kanika Kapoor.

Raje said that she would continue to be in self-isolation for two more weeks as a precautionary measure.

The people in Jaipur stayed home and avoided venturing out on Saturday. All the markets remained closed after local traders associations declared a shutdown.