59-year-old Australian found dead by the roadside in Udaipur

Police rule out foul play; Australian embassy has been informed. 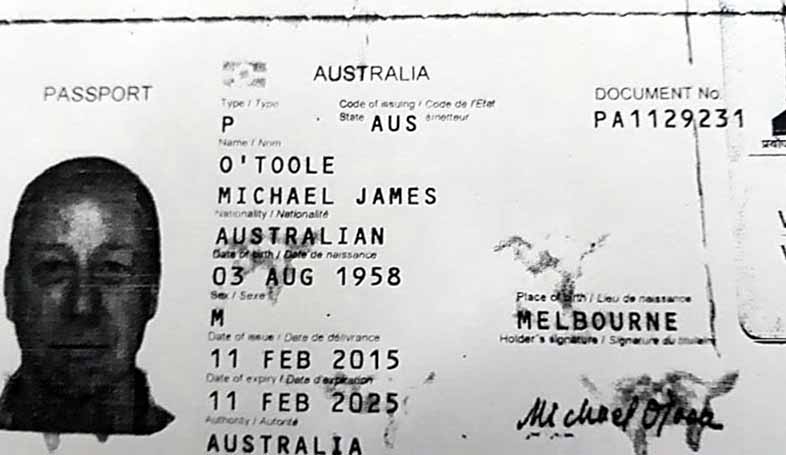 Michaeal James, an Australian, was found dead by the roadside in Udaipur on Sunday. The copy of his passport.

Jaipur: The body of a 59-year-old Australian was found by the roadside in Udaipur on Sunday. The Aussie was a tourist who had come to Udaipur a few days ago and checked into a hotel on July 28. Police officials said there were no injury marks on his body, but the way the body was found in an isolated area raises questions. The Australian embassy has been informed and the police are waiting for someone from the victim’s family to reach Udaipur before conducting a postmortem examination.

The victim was identified as Michael James, a resident of Melbourne in Australia. The body was spotted by some passers-by near Shilpagram in Udaipur. They informed the police. A police team immediately rushed to the spot and brought the body to the mortuary of a hospital after conducting a forensic examination of the spot.

Assistant sub inspector Ram Singh Chundawat told media persons that the man had stayed at a hotel for a day on July 28.

“We have recovered a bill of a mobile phone that he purchased on the same day,” he said.

Prima facie, there are no injury marks on the body.

“Whether it is a road accident case or if he died of some ailment is a matter of investigation,” police said.

The body has been kept in a mortuary and post-mortem will be conducted when family members reach Udaipur.

“We are waiting for directions from the Australian embassy,” the officer said.