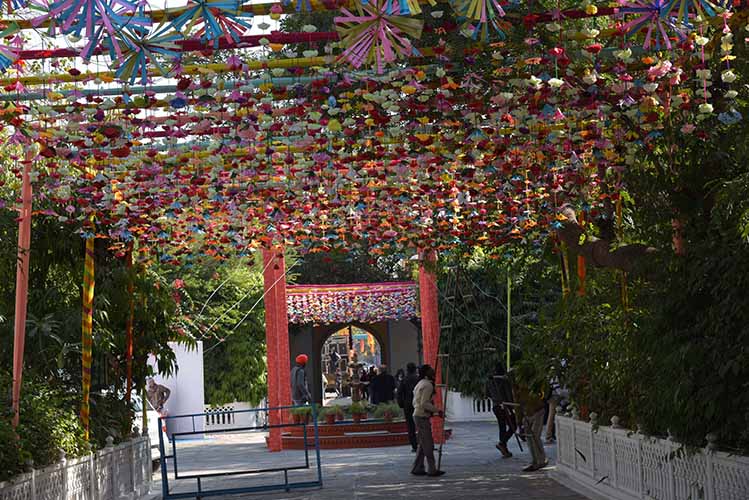 Jaipur: Jaipur Literature Festival (JLF) is just two days away. While the fest is known for hosting many of the world’s most celebrated authors and personalities each year, The PinkCity Post has brought to its readers the details of some features that make the 10th edition completely unique. It doesn’t matter whether you love books or not, your visit to the event is going to be memorable. Here is why:

The organizers are decking up Amber Fort beautifully to organize a program titled rhythm and ryhms there from 7.30 pm onwards on January 20. Some of the poets who will recite poems at the program are Anne Waldman and Swanand Kirkire. Anne Waldman is an American poet, while Kirkire is a Bollywood lyricist. The program also features Sarod Virtuoso and Composer Amjad Ali Khan. The session is being organized in association with the department of tourism, Rajasthan. Tourists won’t be allowed into the fort after 3 pm. The light and sound show that is organized every evening will also not take place.

On January 19 when the fest will begin, a special session ‘Mujre se multiplex Tak’ will be organized at Hama Mahal from 7.30 pm onwards.

You probably already know that the venue for the JLF is the city’s heritage hotel – Diggi Palace. The organizers have decorated the venue in a theme that will showcase the vibrant colours of Rajasthan. Number ‘1’ and ‘0’ have been included in the theme to mark the 10th anniversary of the festival.

Creative use of space for literature sessions

There had been complaints of lack of space where literature sessions are organized in Diggi Palace. The organizers have used the existing space more creatively this year. As a result, ‘Charbagh, ‘Mughal Tent’, and ‘Sanwad’, three of the most prominent places for literature sessions, will be able to accommodate 3,500 more people compared to previous years.

The 10th edition of Jaipur Literature Festival will become a perfect platform to celebrate the tales and narratives of craft, craftsmen and women, in its many-hued avatars – traditional and contemporary.

Direct Create (DC), the online and offline platform that enables makers, designers and buyers to collaborate, co-create and sell handcrafted products, is hosting a vibrant crafts marketplace, titled the Bazaar.

For this year’s festival, DC has brought together a community of over 50 individual makers, designers and buyers to curate this marketplace.

The unique crafts showcase honors the versatility and skill of traditional crafts, combining it with a new design language.