A train hit them when they were getting off another train at the railway station. 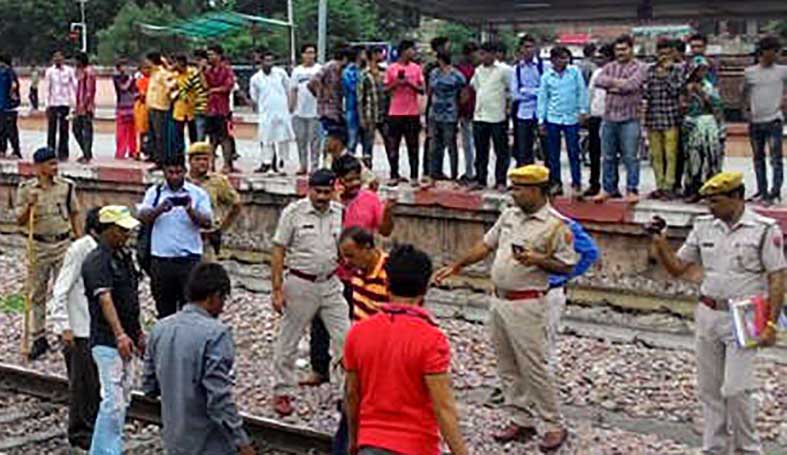 Jaipur: In a tragic accident at Sawaimadhopur railway station on Sunday, five people were killed, while two others were injured after they were run over by a train. These people got off a train on the wrong side of the platform. Another train approaching on parallel railway tracks mowed them down. Four of the victims were killed on the spot while one succumbed to injuries while undergoing treatment at a hospital.

The Jaipur-Bayana express came to platform No-1. Another train was already stationed on platform no-2. In between the two platforms, there is a railway track for trains that don’t stop at the railway station.

The trains are running overloaded due to heavy traffic on Raksha Bandhan eve.

When the train came to platform no-1, some people got down from the wrong side. Garbha Express which was running on the fast tract hit them.

Four of them were killed on the spot, while one was severely injured. He was rushed to a hospital where he succumbed to injuries.

Those who were killed in the accident were identified as Man Singh (30) from Madhya Pradesh, Ravi Jatav (25) from Sawai Madhopur, Kamal Meena (19), Mukesh Jatav (14) and Mukesh Veshnav (35) from Karauli . Rajesh Kumar (25)— a resident of Karauli — was identified as one among the two injured.

A police team immediately rushed to the spot.