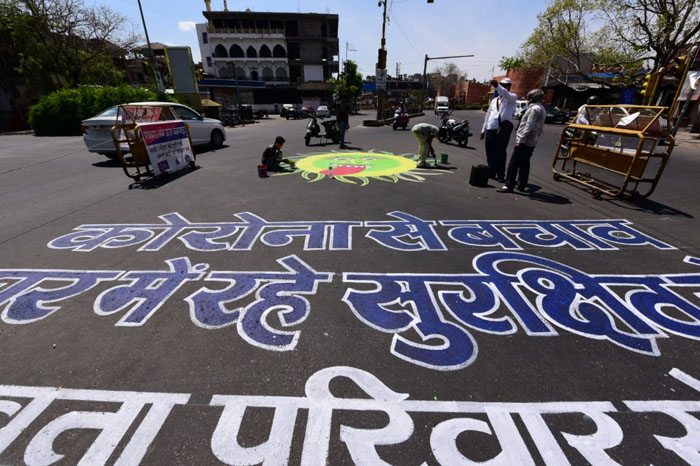 Jaipur: Five doctors tested positive for coronavirus (COVID-19) in Jaipur in the past 24 hours. Five policemen, 5 members of nursing staff, 2 ward boys, 1 trolly boy, 1 ambulance driver and 1 Asha Sahyogini had already tested positive. On Wednesday, Jaipur reported 69 cases. The virus has spread to areas falling under the jurisdiction of 26 police stations in the city. Over 40 residential colonies are affected.

Jaipur is leading all the cities and towns in the city in terms of the total number of COVID-19 cases. Almost 45% of the total cases have been reported in the state capital. The number of COVID-19 positive cases reached 725 in Jaipur by Wednesday afternoon. Jodhpur is at second place on the list of most affected cities with 326 cases.

A 55-year-old woman belonging Bharatpur died at SMS Hospital on Wednesday. Her report came out after her death and she tested positive. She was admitted to SMS Hospital on April 20. While a private lab report tested her negative, the second report from a government lab tested her positive. Her family has been quarantined. With the woman’s death, the COVID-19 toll has gone up to 27 in Rajasthan.