People will be able to enjoy cycling on the stretch that will run parallel to the river. 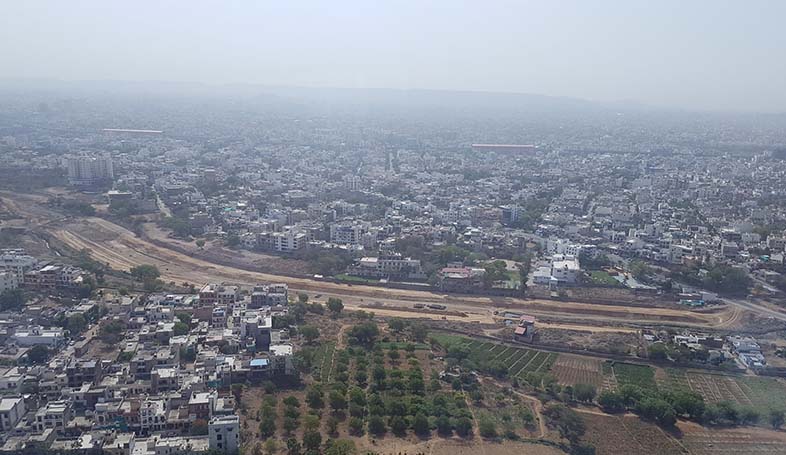 Breathtaking views of Dravyavati River Project from the sky.

Jaipur: People will be able to enjoy cycling on a 47-km long track that will run parallel to Dravyavati River from Jaisalya village in Vishwakrma area to Goner. As per the current project plans, the construction of only a walk-way has been proposed, but cycling will also be allowed on the walk-way.

A walk-way and a cycle track with a total width of 4 meters have been proposed under the project. Chief minister Vasundhara Raje has directed the JDA officials to include this feature in the project after getting feedback from people. The companies tasked with the project have also been informed about the new plans.

A review meeting on the Dravyavati River Project was held on Friday. The meeting was attended by officials of Tata Projects and JDA including Jaipur Development Commissioner (JDC) Vaibhav Galaria.

It has also been proposed to provide people bicycles on rent. A final decision on this is yet to be taken.

The proposed track will be made of special stones in order to make cycling convenient, officials said.

A town square, a cultural plaza, commercial park, fashion street, eco park, jogging park, a community garden and a nature trail are some of the other features of the project.

Dravyavati River Project in Jaipur: Everything you need to know

Jaipur: These views of Dravyavati River Project will take your breath away