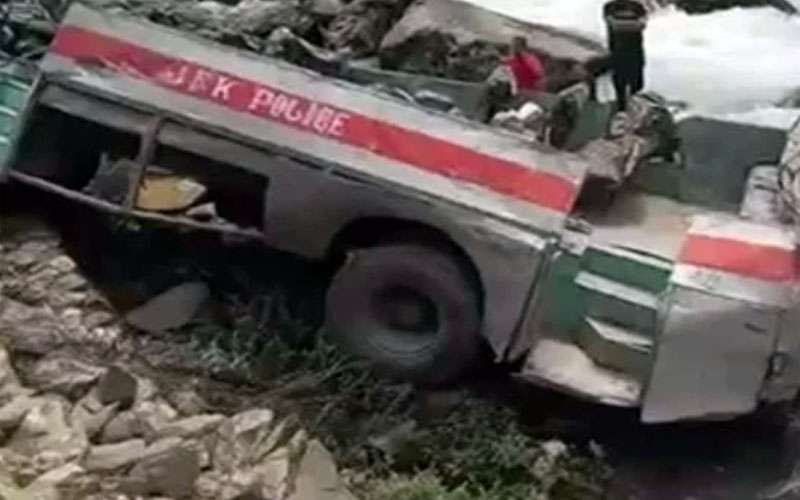 The bus that fell into a gorge.

JAIPUR: A 30-year-old jawan belonging to Sikar district in Rajasthan was among the seven soldiers who were martyred in a tragic road mishap in Kashmir’s Pahalgam area on Tuesday. The jawans were returning from duty for Amarnath Yatra in an Indo-Tibetan Border Police Force (ITBP) bus when the mishap occurred.

The Sikar jawan was identified as Kaluram Bairwal, son of constable Subhash Chandra Bairwal. He belonged to Shahpura Dhod in Sikar. He got married four years ago. His wife is expecting. A pall of gloom descended in the village when they came to know of the tragic accident and Kaluram’s demise.

Kaluram was recruited in 2012. He got married six years later in 2018. The villagers said that his wife, Sarla Bairwal, is expecting and due to deliver the child soon.

The ITBP bus fell into a 100-feet deep gorge in Kashmir’s Pahalgam on Tuesday morning. Seven soldiers died in the accident. Kaluram was among those martyred. It is believed that the car broke down causing it to go out of balance.