On the way, they witnessed the death of a mountaineer due to bad weather conditions and got stranded for many days, but they persisted and achieved the rare feat. 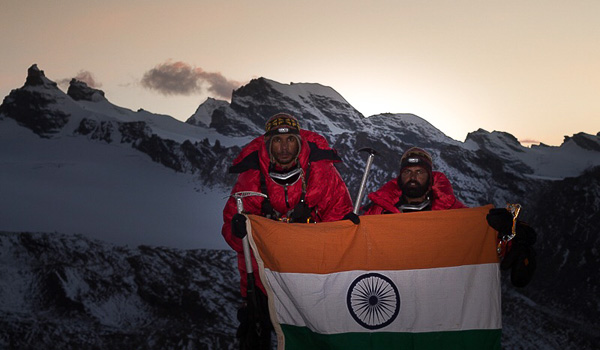 Jaipur: Three young and professional mountaineers have made Jaipur proud. These Pink City residents have achieved the rare feat of scaling 7135 meters of Mount Nun, the highest peak of Himalayan range lying on the Indian side of the Line of Control in Jammu and Kashmir.

On the way, they witnessed the death of a mountaineer due to bad weather conditions and got stranded for many days, but they persisted and achieved the rare feat.

The three mountaineers are Rahul Bairwa, Sandeep Saini and Nipun Shashtri who conquered the Mount Nun after climbing for 24 days.

The team started their journey from Tongul village at Kargil on August 27. 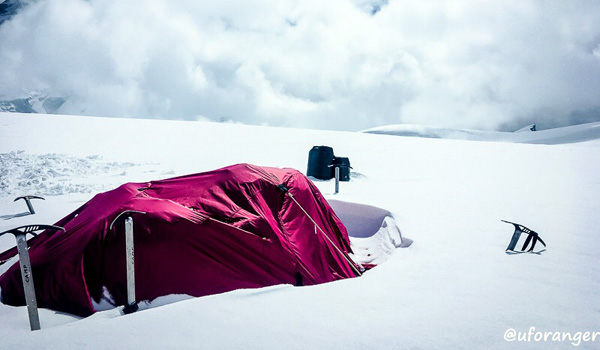 Camp on the way.

The weather conditions went miserable after reaching the camp at 18040 meters on September 9. Nonstop heavy snowfall occurred for 72 long hours. Some other teams returned from that height to the base camp.

To survive the situation, Jaipur team covered their tent with a wall of snow around it. They kept their strong will alive and with patience survived the situation.

Rahul Bairwa said, a few teams started climbing the mountain as soon as the thunder storm ended and were buried under the snow. One of them died from hypothermia, while others were rescued from the snow and taken to base camp.

The wait for 2-3 days was necessary after the thunder strike, Rahul said adding that the snow takes times to settle after storm.

All these incidents were not able to dissuade the trio as they again started climbing on September 18 from second camp to summit camp. The height of the submit camp was 21335 meters and the oxygen percentage at that altitude was 35%.

The team climbed for seven straight hours and reached the top of the mountain at 5:43 am on September 19.

Rahul said that the mental strength and willpower play a key role in achieving goals like this.

“We have done practices before to survive in the extreme weather conditions,” Rahul said.

Mount Nun (7,135 meters or 23,409) is the highest peak of the Himalayan range on the Indian side of the Line of Control in Jammu and Kashmir.

“We wanted to spread awareness about waste management by achieving this feat and promote adventure sports in Rajasthan,” said Rahul.