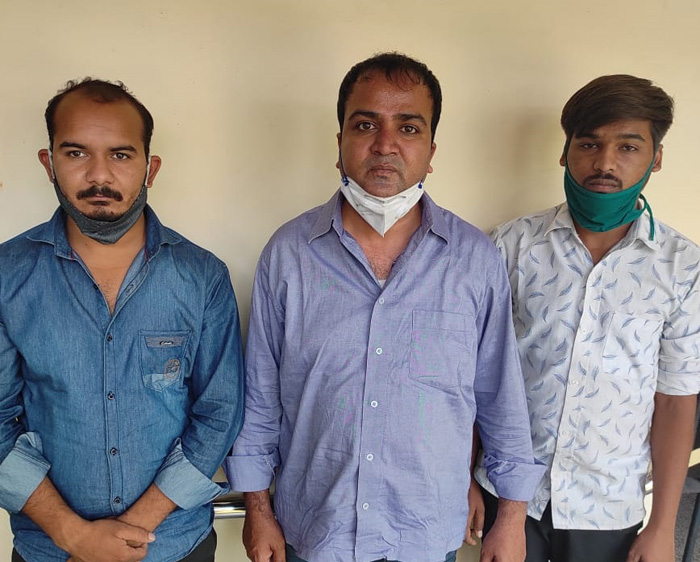 Jaipur: In a decoy operation, the city police arrested three men including a doctor and a ward boy deputed at SMS Hospital for black marketing Remdesivir vials used in the treatment of Covid-19 patients. The doctor identified as Amit Kumar Sethi is currently the in-charge of UPHC Agrawal Farm, while Abhijit Saini is the ward boy. Two Remdesivir vials were seized from the possession of the accused men.

Head constable Mohan Lal played a major role in exposing the racket. Mohan Lal posed as a customer looking to buy Remdesivir. He contacted Abhijit (24) who promised to get him two vials of Remdesivir for Rs 60,000. Abhijit who hails from Dudu asked the head constable to come to a place near Sri Jwellers on Ambabari Road in Vidhyadhar Nagar. He was caught red-handed by the police team.

Abhijit revealed during interrogation that one Chhotu Lal Saini (22) – a resident of Dausa district who currently lives in a rented accommodation in Rajat Path area of Mansarovar – had given him the Remdesivir vials.

A police team is interrogating the three men to ascertain where the vials were stolen from.