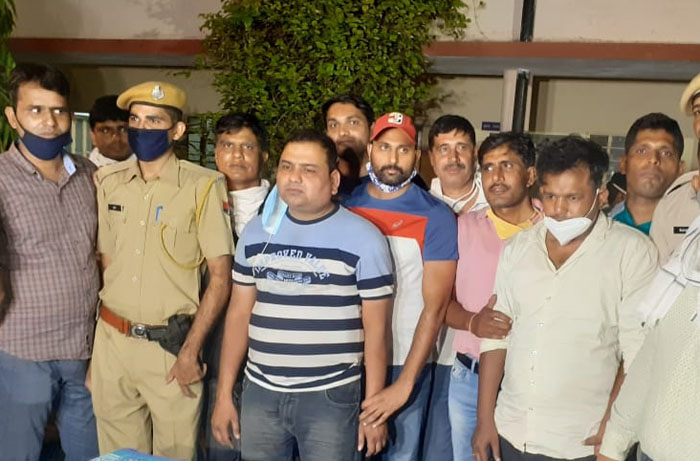 The men arrested for armed robbery outside ICICI Bank in Mansarovar

Jaipur: The city police has arrested three people for the robbery outside the ICICI Bank’s Mansarovar branch two days ago. The main accused Gaurav Singh runs a restaurant and comes from a middle-class family. He is the son of a retired engineer. He lost money in restaurant business during the COVID-19 lockdown and committed to robbery to pay off his debts, according to the police. The cops have recovered the robbed money.

A team of over 200 policemen investigated the cash. The accused were identified as Gaurav Singh (37) – a resident of Prajapati Vihar, Vipin Kashyap (25) and one Saugandh Singh (27). Vipin and Suagan Singh are residents of Delhi.

Gaurav Singh was arrested from Patrakar Colony in Mansarovar where he was hiding. The police got the clue about his whereabouts after examining footages of over 2000 CCTVs installed outside various commercial places on the route which the criminals took to get away from the scene.

The trio was in a car when they were arrested. They were armed. The police recovered two guns, two cars and Rs 31.50 lakh which was robbed from the scene.

They fired at a security guard outside ICICI Bank’s branch in Mansarovar RIICO industrial area to rob a box containing cash. The cash was being transported from bank to an ATM machine. The guard was carrying the box containing the cash when the incident took place.