25 kg gold worth Rs 7.50 crore robbed from Manappuram in Kota

The police have launched an investigation on the basis of CCTV footages and said that efforts were on to identify the robbers. Police barricades were put up at all exit roads of the city. 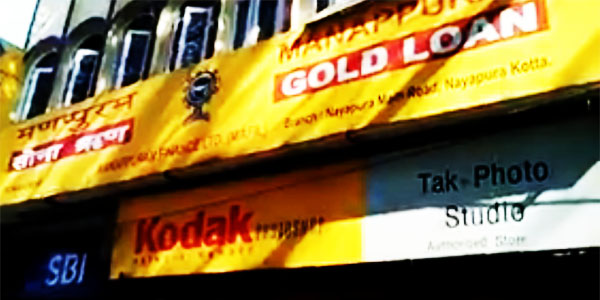 Jaipur: Unidentified robbers barged into Manappuram Gold Loan Finance Company’s building in Nayapura area of Kota in broad daylight on Monday and made away with about 25 kg of gold, according to preliminary reports. The gold is worth nearly Rs 8 crore. The branch is just 50 meters from the Nayapura police station in Kota. The number of robbers was at least four. They stayed in the branch for nearly 10 minutes.

The daredevil robbery shocked the city that was rocked by a double murder on Sunday. The police have launched an investigation on the basis of CCTV footages and said that efforts were on to identify the robbers. Police barricades were put up at all exit roads of the city.

The branch of Manappuram Gold Loan is situated in Ummed Park area. The robbery took place around 12.45 pm. There were no security guard when robbers entered the branch office.

Some nearby shopkeepers heard security alarms from the company’s office and rushed to see what was happening. They saw people shouting for help.

The shopkeepers found the main door of the branch bolted from the outside. When they opened the gate, they found that the branch had been robbed.

The armed robbers forced employees and customers into a room and snatched away their mobile phones. They beat up the manager and forced him to open the lockers. They then stuffed the gold into bags and made away with it.

IG, Kota range Vishal Bansal also reached the spot. There were reports that a woman customer was also thrashed by the robbers. The police have obtained footages of CCTVs installed in the area. The footages show two men escaping from the branch on a bike. 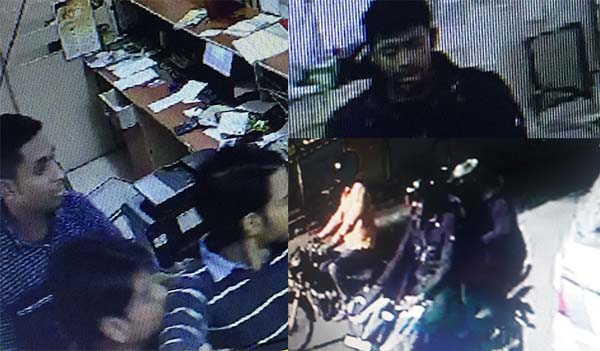 Police officials said that they would be able to identify robbers soon. Police said that security measures were not adequate. Alarm went off only after robbers had left the branch. In July last year, a similar gold robbery took place at Muthoot Finance in Mansarovar area of Jaipur. The robbers had decamped gold worth nearly Rs 9 crore. The Jaipur police recently arrested the main accused, identified as Subodh from Bihar and brought him to Jaipur on Monday. He allegedly committed similar robberies in at least six states of the country.