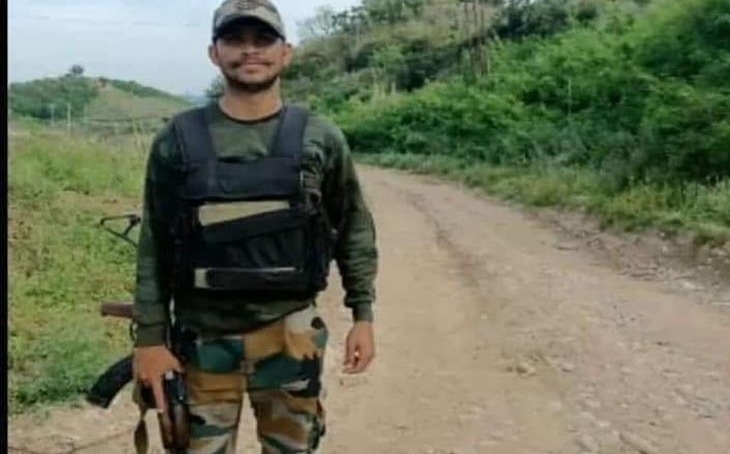 Jaipur: A 23-year-old army jawan belonging to Jodhpur town in Rajasthan died after he suffered gunshot wounds in an unprovoked firing from Pakistan in Rajouri area of Jammu and Kashmir on Wednesday. The army jawan, identified as Laxman – a resident of Khejdala in Jodhpur -was injured. He was rushed to an army hospital where he succumbed to bullet injuries. The family members were informed on Thursday.

The family was making preparations for Laxman’s wedding that was scheduled to take place in April. Laxman was supposed to come to his native village on leaves for the wedding in the first week of March, the relatives said.

Laxman had joined the army nearly five years ago. He is survived by his parents and a younger brother. His father is a farmer. Laxman’s body will be brought to his native village and consigned to flames with full army honors.

An army spokesperson said that the firing incident took place in Sundarbani sector of Rajouri area on Wednesday. The Park army violated cease-fire and opened firing. Laxman sustained bullet injuries. He died while undergoing treatment. The spokesperson said Laxman was a brave and passionate army man. The country would always remember and be in the debt of his sacrifice and dedication.