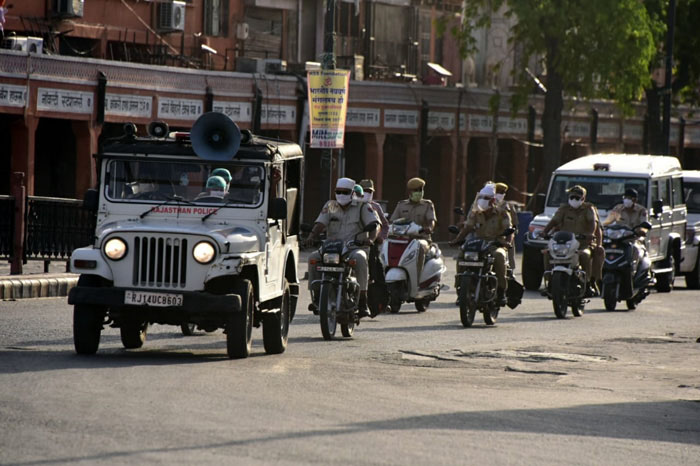 Jaipur: Rajasthan reported 212 new cases of Coronavirus on Thursday. The highest number of 42 cases surfaced in Dungarpur. The total count of corona positive patients in the state has increased to 6227. The virus claimed four move lives, taking the death toll to 151.

In the last 24 hours, seven people tested positive for COVID-19 in Ajmer, four in Alwar, six in Barmer, one in Bharatpur, ten in Bhilwara, six in Bikaner, one in Chittorgarh, eight in Churu, eight in Dungarpur, 21 in Jaipur, two in Jaisalmer, 22 Jalore, one in Jhalawar, two in Jhunjhunu, 14 in Jodhpur, two in Kota, 16 in Nagore, ten in Pali, three in Pratapgarh, seven in Rajsamand, five in Sikar, eight in Sirohi and 13 in Udaipur.

In the past 24 hours, three cases were reported in District Jail, one in Muralipura, one in Jhotwara, one in Jawaharnagar Kachhi Basti, one in Renwal, one in Lalsar, one in Ghatgate, one in Surajpol Bazaar, one in Adarshanagar, and one in Meena Pada in Shastri Nagar.