Over 20 years, aspiring IAS and lawyer murdered 3 people in 3 cities, held in Jaipur 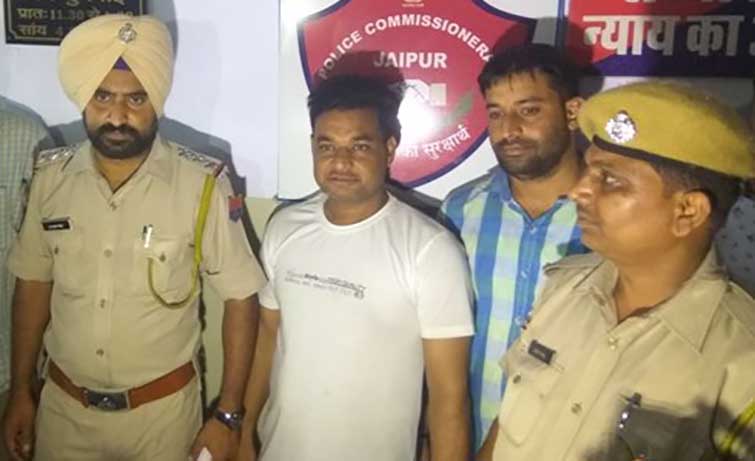 Aspiring IAS and lawyer Rafeeq was accused of killing three people in 20 years.

Jaipur: Mohammed Rafeeq left a blood trail wherever he went in the past 20 years. But he finally ran out of luck while he was trying to sell guns in Jaipur.

Rafeeq, a resident of Bundi, was an aspiring lawyer and also preparing for IAS. Rafeeq possessed such charm that he married three women and eloped with two others during this period.

A constable of Jhowara police station got a tip-off that a suspicious man was trying to sell weapons behind Bhawani Niketan College. A police team in civil clothes was sent to the place.

“A man in a car looked suspicious. The car was parked on the sidewalk and as the police team approached, he got suspicious and tried to flee. When the police team intercepted him, he pointed a gun at them, but the policemen somehow managed to overpower the man and took him in custody,” said DCP, west Ashok Kumar Gupta.

He said that the man identified himself as Ajit Singh, a resident of Jhotwara’s Nangal Jaisa Bohara area, but he was speaking Urdu words which made the policemen suspicious. When interrogated strictly, he revealed his true identity.

Mohammed Rafeeq (46) alias Arju Singh alias Purushottam Singh was arrested under the Arms Act and brought to the police station for interrogation. The police found Adhaar Card and other ID documents in the name of Arjun Singh in his possession.

What truly shocked the police was the narration of brutal crimes that he committed over the past 20 years.

“He told that he was doing LLM from a college in Bundi. He had a case of murder registered against him in 1990. He was released on bail. Five more cases were registered against him for violence and murder attempt. He then eloped with a girl studying in his class. The girl was recovered by the police. He says that the girl later accused him of kidnap. Since he had to drop IAS dreams due to the police cases, he went to Agra in Uttar Pradesh and prepared fake documents claiming to be Aman Ali. On fake documents, he once appeared in class 12 exams and then started doing LLB. She married a girl, Roshani (changed name) there. He continued to prepare for IAS,” said the officer.

At that time, he started an affair with another girl Anita (changed name). He also started a marble business and made a lot of money. He got into a dispute with one Ishiyaq Khan in a business matter and paid someone Rs 5 lakh to murder him. He sold everything and came to Jaipur.

Rafeeq then started living in Ghatgate area in a rented home.

“He again got into affair with the daughter of the landlord and married her. But soon he started an affair with his sister-in-law, the younger sister of his wife. He eloped with the sister-in-law and went to Lucknow. He started a marble business again and got into a dispute with another marble businessman. He slit his throat and dumped his body. He came back to Jaipur and started living as Arjun Singh,” said the officer.

Police officials said that his sister-in-law also registered FIRs against him, so he wanted to kill her as well.