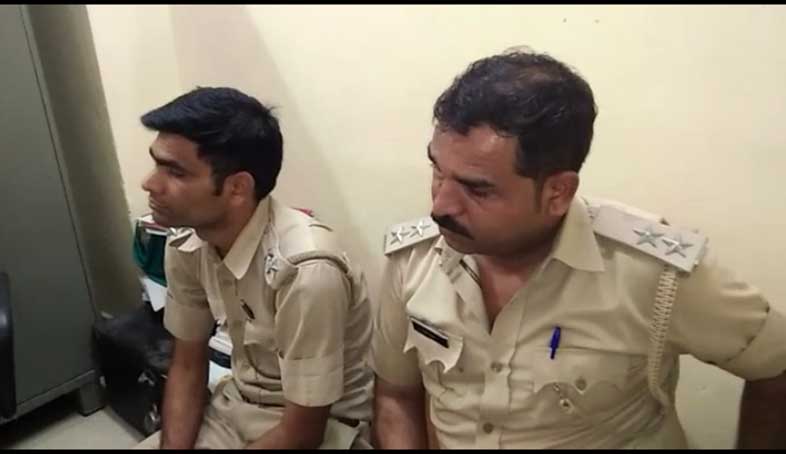 Jaipur: Anti-corruption bureau (ACB) on Saturday arrested two sub-inspectors (SI) and two constables of Rajasthan transport department after they were caught red-handed extorting money from truck drivers on Kota-Bundi highway in Kota, officials said. The ACB officials posed as pilgrims to keep a watch on the accused men.

Those who were arrested are SI Tansukh and Ramniwas and two constables.

ACB officials said the agency received complaints that transport department teams were extorting money from truck drivers and owners of other vehicles on Kota-Bundi highway.

They posed as pilgrims on their way to Ramdevara. They conducted recee throughout the night on Friday.

After verifying the complaint, they intercepted two transport department vehicles and checked them. The team found Rs 16,000 cash following which two sub inspectors and two constables were held.

ACB officials said that one man who was in possession of more money extorted from truck drivers managed to flee from the spot.

The ACB officials arrested the four accused under various sections of the Prevention of Corruption Act and said that an investigation has been launched.