2 more test positive in Ramganj; Coronavirus cases rise up to 69 in Rajasthan 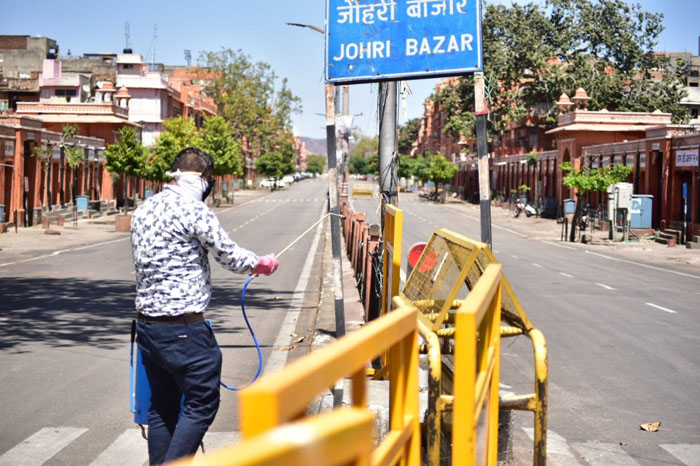 Jaipur: Two more people tested positive for Coronavirus in Ramganj area of Jaipur. The two are the mother and daughter of the man who was earlier found infected. The man is suspected to have contracted the disease in Oman. The total number of positive cases in Rajasthan have gone up to 69.

“The latest cases surfaced in Jaipur, Bhilwara and Jodhdpur. Besides the two cases in Jaipur, one man who had undergone treatment at a hospital where Coronavirus outbreak began in Bhilawara has also tested positive. Seven others found positive today (Monday) are among the people who were evacuated from Iran recently. The evacuees had been quarantined and their samples sent for testing. The results came out on Monday. Seven tested positive,” said an administration officer.

The administration is imposing curfew more strictly in Ramganj after two more found positive. The woman is 70-year-old, while the man is aged 21 years. Both have been admitted to a hospital for treatment. All the family members have been quarantined.

As Coronavirus cases are rising in Bhilwara, the administration has decided that no one including media persons and social activists will be allowed to venture out of their homes from April 3 to April 14.

No curfew passes authorizing individuals to venture out of their homes will be given during this period.

Coronavirus outbreak started from Bangad Hospital in Bhilwara. Six members of the hospital staff including three doctors tested positive, putting over 6,000 people who were admitted to the hospital at the risk of contracting the disease.