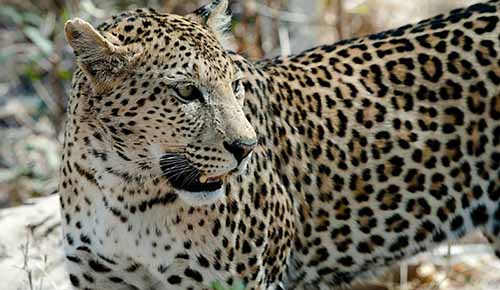 Jaipur: In good news to wildlife lovers, two more leopard cubs were sighted in Jhalana Forest Reserve area of Jaipur on Friday. The number of cubs sighted in Jhalana this year has gone up to nine. Wildlife experts said that the growing population of cubs will make Jhalana more popular among tourists and contribute to its recognition as a wildlife destination in Rajasthan.

“The cubs were sighted playing on hills on Friday. They are apparently littered by the leopard popularly known as Sharmili,” said a reserve official. He added that the security arrangements have been stepped up in the reserve area after the sighting.

Jhalana is drawing wildlife lovers in huge numbers as the population of leopards is growing here. However, there have been cases of leopards straying into the residential areas in the city due to the scarcity of food and water. Wildlife experts said that the authorities will need to develop adequate resources for the wild animals so that they don’t stray into residential areas in search of food and water.

Rajasthan was the first state in the country to launch a project to conserve leopards. Then chief minister Vasundhara Raje had announced Leopard in her budget speech in March 2017 and set aside ₹7 crore for it. According to 2015 wildlife census, there are 434 leopards in the state. Around 20 leopards have been killed between 2014 and 2016 in accidents or by humans when they strayed into human habitations or agricultural fields.