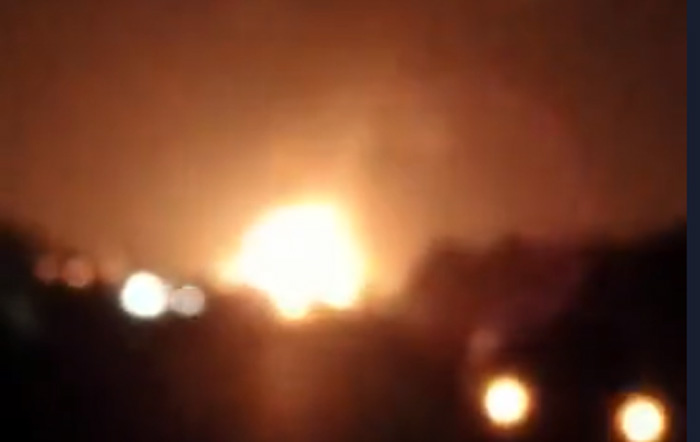 LPG cylinder explosions after an accident on Jaipur-Ajmer highway.

Jaipur: A truck carrying LPG cylinders collided with another truck near Dantari village on Jaipur-Ajmer National Highway on Saturday night. The truck caught fire leading to explosions in LPG cylinders. Two youths who were in the truck died, while four others had a narrow escape. They sustained burn injuries and are in critical condition. The explosions were heard in a radius of 20 km from the accident spot, creating panic in several nearby villages.

The truck was carrying over 300 LPG cylinders and was on its way to Dholpur from Nasirabad when it collided with another truck on the highway. The driver of the other truck had applied break suddenly due to which the truck carrying cylinders rammed into it. As a fire broke out in the truck, the cylinders started exploding.

According to the police, there were six people in the truck. Four managed to jump out, but two got stuck. The two died in explosions, while the four sustained burn injuries. The explosions created such a panic that employees and customers of a restaurant situated nearly 200 meters from the spot fled away.

The people in nearby villages including Dudu, Datari, Naraina Patan, and Sakan heard the explosions and saw flames.

“It was like some bombs exploded. There was panic in our village. Everybody rushed out,” said Ramkishor Jangir, a resident of Datari.

The police cordoned off the area where the accident took place.