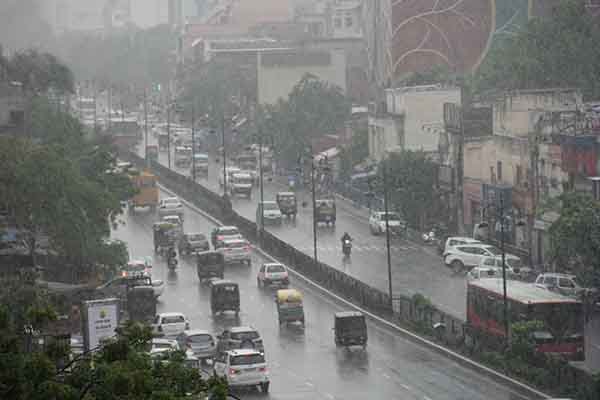 Jaipur: Lightning wreaked havoc in Jaipur’s Bassi area on Thursday. Two children were burnt alive when they were on their way to school to take part in the Republic Day function. Nine children were injured in a separate incident in Bassi’s Mahonpura. The children were playing cricket when the lightning struck them. Three of them were injured seriously and rushed to SMS Hospital. Others have been admitted in a community health centre in Bassi.

A similar incident took place in Ajmer’s Kekari area where eight children sustained burn injuries. They were attending the flag hosting ceremony in the school when the lightning struck. As children watched in horror some of their schoolmates being struck by the lightening, a stampede like situation followed.

A Bassi police station officer told The PinkCity Post that two teenagers – each aged 15 years – were burnt alive in Bassi’s Chenpura area. The children identified as Ganesh and Ashok were going to their school to attend the Republic Day function. They were rushed to SMS Hospital where doctors declared them brought dead.

In Bassi’s Manoharpura area, some children were playing cricket. They took shelter under a tree when it started raining. Lightning struck them. All of them were injured.

Jaipur residents woke up to a cloudy sky on Thursday morning. It soon started raining. Drizzle continued throughout the day.

Cold waves gripped the city with temperature plummeting due to the drizzle.

According to a forecast by the met department, hailstorm is likely to occur at isolated places in Jaipur, Dausa and Alwar districts.