2 arrested in brutal murder of Nupur Sharma supporter in Udaipur 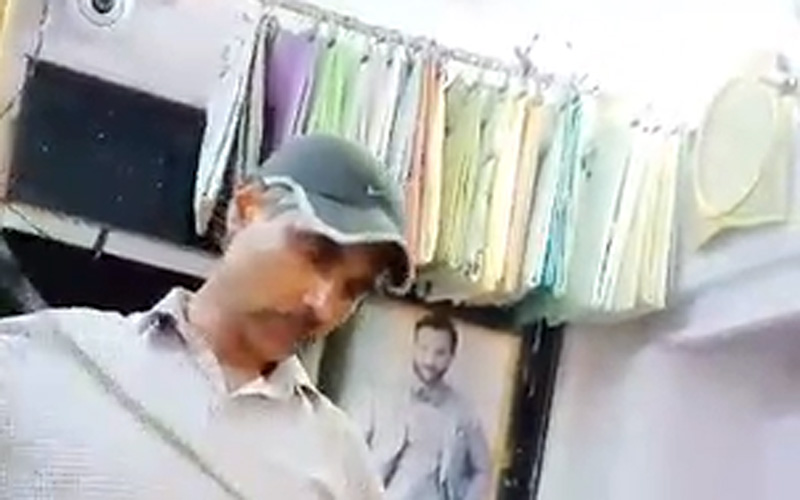 The victim who was murdered in Udaipur.

Udaipur: A 40-year-old man was hacked to death with swords in brutal murder by some extremist elements in Udaipur town of Rajasthan on Tuesday. The man, identified as Kanhaiyalal Teli, had allegedly published a social media post in support of suspended BJP leader Nupur Sharma. The two attackers who made a video of the shocking murder entered his shop and then struck him with a shape-edged weapon. They then slit his throat.

The accused men claimed responsibility for the murder by posting a video of themselves on social media after the incident. They threatened PM Narendra Modi. According to preliminary reports, both the accused have been detained from the Bhima area of Rajsamand.

As the video started going viral on social media, the police swung into action. The administration snapped mobile internet in Udaipur district for 24 hours to maintain law and order and also clamped curfew in some part of the city. Many markets including Hathipol, Ghantaghar, Ashwani Bazar, Dehli Gate and Maldas Street were closed in protest against the incident. An alert has been issued across the state. The family members of the deceased refused to remove the body of the victim from the shop.

Kanhaiyalal Teli (40) – a tailor – ran a shop named Supreme Tailors near Bhootmahal located in Dhanmandi. Around 2.30 pm on Tuesday, two miscreants came to his shop on a bike. They entered the shop on the pretext of giving measurements. By the time Kanhaiyalal could get a clue what they had on mind, the miscreants attacked him with a shape-edged weapon. He was struck several times.

On information, policemen of Ghantaghar and Surajpol police stations reached the spot. Top police officers and FSL team also rushed to the spot. The team collected evidence from the spot. After the incident, Leader of Opposition Gulabchand Kataria called the SP and inquired about the incident.

Kanhaiyalal was a resident of Govardhan Vilas area. He had two sons Yash (19) and Tarun (17). It has come up during preliminary investigation that he posted on social media in favor of Nupur Sharma who was removed from BJP. Since then, people of a particular community were threatening to kill him. Kanhaiyalal was troubled by the constant threats. He had not even opened his shop for six days. He had filed a complaint against those who made threats. The police asked him to be careful for a few days, but did not show seriousness in the arrest of the accused, the family members alleged.

Collector Tara Chand Meena, SP Manoj Chaudhary reached the spot as soon as the news of the incident was received. The

There was a clash between some youths and the police at Hathipol. A worker of BJP Yuva Morcha was reportedly injured. To restore peace, the police have converted every city into a cantonment.