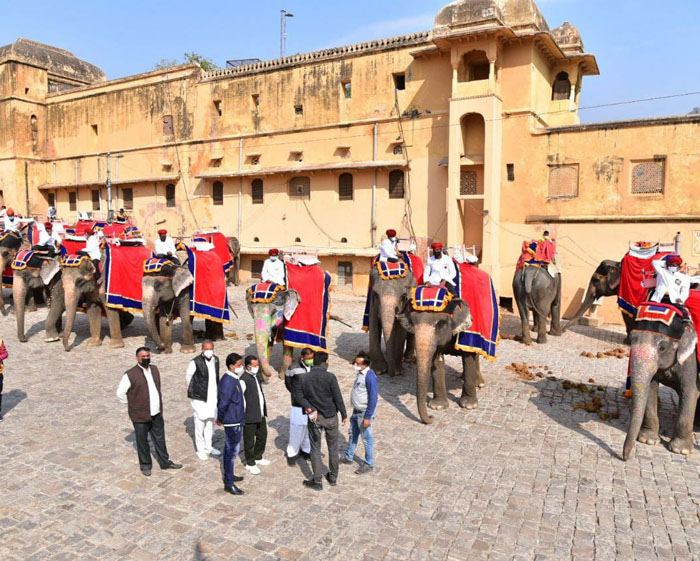 Jaipur: At least 19 jumbos have been barred from being used for elephant safari at Amer Fort in Jaipur after they were found physically unfit and suffering from several diseases such as tuberculosis. This will come as a major jolt to the families whose livelihood depends on elephant safari. The state archaeological department had recently lifted the ban on elephant safari at the fort. The ban came into force on March 17 when the COVID-19 lockdown was clamped in the city.

Eighty-nine elephants take tourists on elephant safari at Amer Fort. On the directions of the Supreme Court, a committee of veterinary doctors had been constituted by the union ministry of environment to check on the health conditions of the elephants used for safari in Jaipur. The committee recently submitted its report in which it found 19 elephants unfit.

After receiving the report from the committee, the state forest department wrote to the superintendent of Amer Fort asking him not to allow these elephants to take tourists on safari.

The elephant owners are crying foul and said that they would knock on the door of the Supreme Court against this decision.

Hundreds of families are dependent on elephant safari for livelihood. Taking their plight into consideration, Congress MLA Vishvendra Singh, BJP state president Satish Poonia, and some other senior leaders had requested the chief minister to lift the ban on elephant safari following which it was allowed to resume in November.