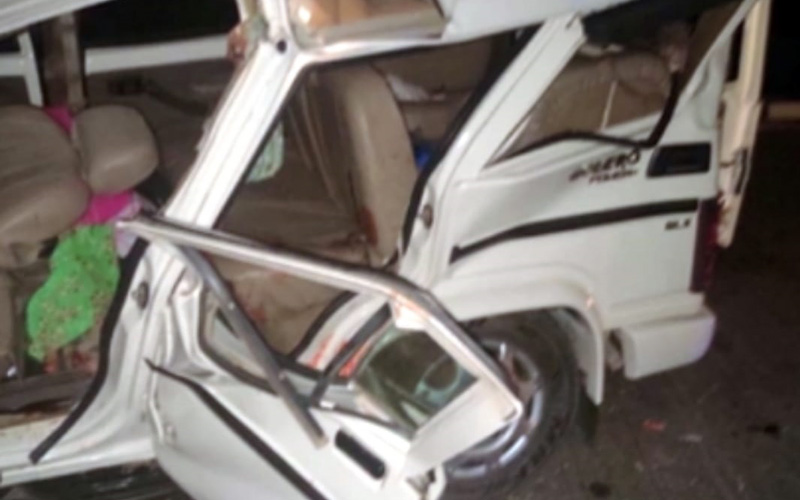 Accident that killed 6 people on Jaipur-Jodhpur Road on Friday.

Jaipur: At least 18 people were killed in separate road accidents in the state on Friday. In Jodhpur, six people were killed when the SUV they were travelling in collided with a truck. The collision was so intense that the SUV was completely damaged and the bodies got trapped in the vehicle.

This mishap occurred on Jodhpur-Jaipur Road at around 1 am on Thursday. Those who died in the accident included two women and a girl. The SUV hit the truck from behind. Three passengers died on the spot, while three others succumbed to injuries on way to the hospital. Three passengers were critically injured and are undergoing treatment. All of them were residents of the Rajgarh area in Churu district and had gone to offer prayers at a temple on Barmer Road. They were returning home when the mishap occurred.

In another mishap, a speeding SUV mowed down a family sleeping on the pavement. A man was killed while his wife and son were injured.  Another accident occurred in Bikaner where three cousins ​​returning from the farm were hit by a pickup. Two died, while the condition of the third one is critical.