The girl, identified as Navya Sehgal was a Class 10 student at Delhi Public School (DPS) located on Ajmer Road. 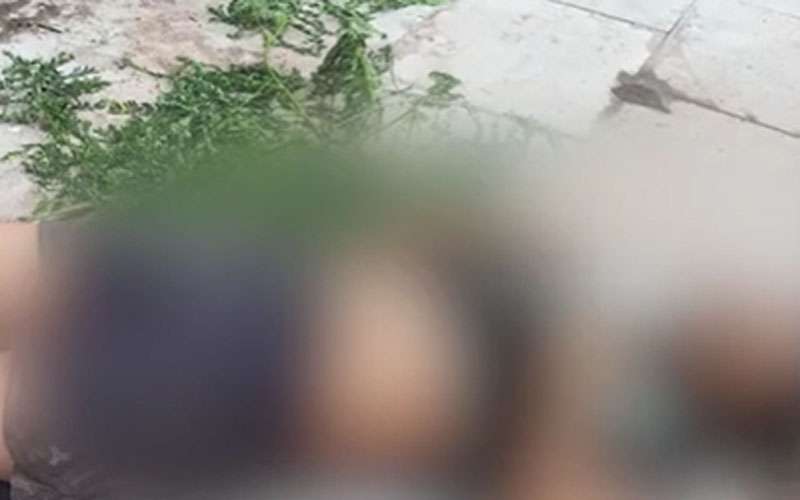 Navya Sehgal found lying in a pool of blood in a community centre adjoining her house.

JAIPUR: The dead body of a 15-year-old girl was found in a community centre adjoining her house in the posh C-Scheme area on Wednesday. Police said what caused the fall is under investigation. It might have been an accidental fall, but the possibility of suicide by jumping off the balcony of her 3-storey apartment building is also not being ruled out.

According to preliminary reports, the girl, identified as Navya Sehgal (15) was a Class 10 student at Delhi Public School (DPS) located on Ajmer Road.

Navya was seen alive around 1.30 am on Wednesday. She was using her phone when her brother asked her to switch it off and go to sleep. The brother went to his room after that. The father was sleeping in another bedroom.

It is suspected that Navya reached the terrace of her building and jumped off. Some people saw her dead body in the adjoining community centre around 6 am on Wednesday and informed the police.

A police team from Sodala police station rushed to the spot. The body was lying in a pool of blood. She was already dead by the time the police team reached there. An FSL team was also called to gather forensic evidence.

Navya’s mobile phone and sleepers were found on the roof of the building.

Navya’s family lives on the second floor of a 3-storey building behind the community building in C-Scheme. Navya’s father Vineet Sehgal is a manager in a car company. Navya lived with her parents and elder brother in the flat

When the people saw the dead body, the parents and brother who is pursuing BBA thought that she was sleeping in her room.

Police officials said that an investigation has been launched to ascertain what exactly happened, but no concrete evidence has been found so far.

The body was kept in the mortuary of SMS Hospital for a postmortem examination.