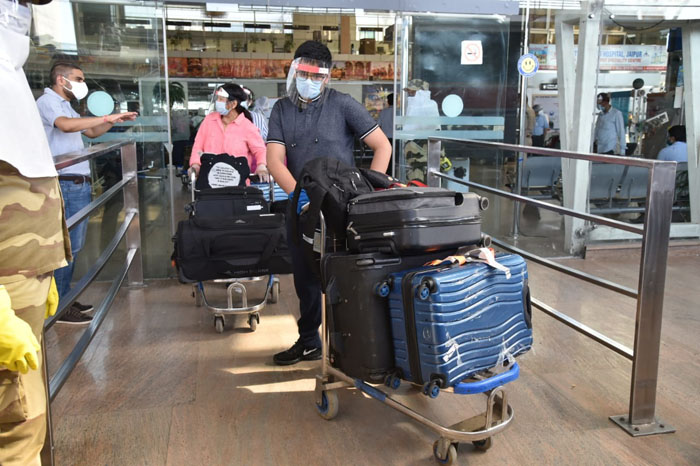 Jaipur: Nearly 150 residents of Rajasthan who were stuck in London due to the Coronavirus lockdown arrived in Jaipur in a special flight on Friday. Their flight first landed in Delhi from where they were brought to Jaipur in another flight. Nearly 2000 Rajasthan residents who were living in different countries including Canada, Russia, Kazakhstan, and Philippines will return home from May 22 to June 1.

As soon as the passengers landed in Jaipur, they were screened with thermography devices. They walked out of the airport in batches of 20 passengers. The teams of police, administration officials and doctors were present at the airport when the flight arrived.

After an initial screening, the passengers were taken to a hotel where they were quarantined. They will be under observation of a team of doctors for the next 14 days. They have been asked to remain in self-isolation for 14 more days after they are allowed to leave the hotel.

The passengers will pay for their hotel bills, airfare and COVID-19 testing.

Rajasthan reported 267 fresh COVID-19 cases. The total case count has gone up to 6494. There are 2661 active cases in the state. Two more deaths were reported in the state on Friday, taking the death toll to 153.