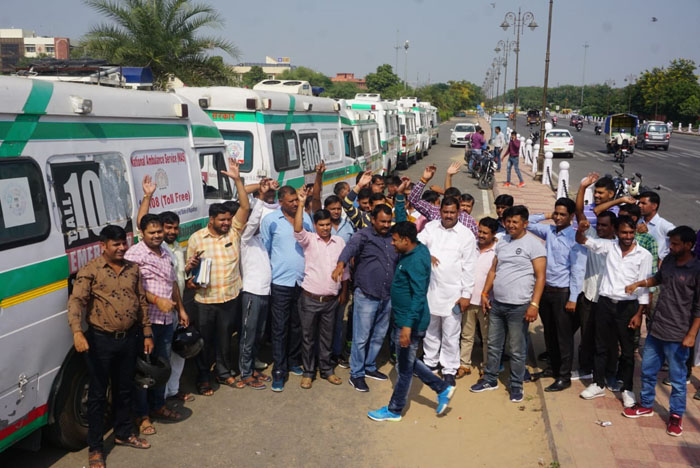 Jaipur: As the ‘108’ and ‘104’ ambulance employees went on a strike in Jaipur on Thursday, the patients and their wards are suffering. People were seen bringing accident victims on scooters, bikes and in cars. The ambulances didn’t take patients to most government hospitals in the city including SMS Hospital, Jaipuria, Satellite Hospital and Kanwatia Hospital.

The agitating employees parked the ambulances outside the state assembly building on Janpath. They refused to budge before their demands were met.

“We are not even sure that we would be able to keep our jobs,” said an ambulance employee.